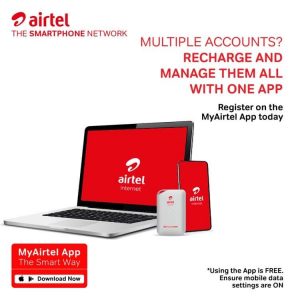 In its report, the Queen’s Baton Relay said of Batonbearer Mary Waya that “despite being over 8,000km apart in distance and Joan Hunter, a Birmingham 2022 ‘hometown hero’ from Birmingham, reflect each other’s passion for netball and community”.

“Former Team Malawi netball player Mary now dedicates her life to coaching young girls to offer them opportunities they may not otherwise have had.

“On International Women’s Day, Birmingham 2022 — the first multi-sport event to award more medals to women than men — is celebrating and exploring the common ground between five female Batonbearers from across the Commonwealth, and five inspiring women from Birmingham 2022’s host country, England.” 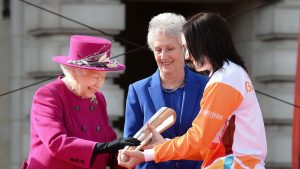 The Queen blessed the Baton before its worldwide relay

Mary Waya led the 16th Queen’s Baton Relay during its tour past Malawi from Tanzania in November which set off in Birmingham the previous month on an epic journey across  the Commonwealth’s 72 nations and territories, reaching Europe, Africa, Asia, Oceania, the Caribbean and the Americas.

The Relay began after Her Majesty Queen Elizabeth II placed her message to the Commonwealth into the Baton to travel for 294 days, connecting communities in every corner of the Commonwealth, embracing unique cultures and sharing stories.

“This collective journey will  ignite hope, solidarity and collaboration for the next generation, with these stories leaving us all inspired to take on the challenges that matter most to us,” said birmingham2022.com before the relay journey.

In the Queen’s Baton Relay report says during this tour, “many incredible women have taken on the role of Batonbearer, whilst women from Birmingham 2022’s host country, England, have been taking on their own challenges as they build up to Birmingham 2022 — the first ever multi-sport event in history to award more medals to women than men”.

Thus in celebrating the International Women’s Day, Birmingham 2022 explored the common ground between five female Batonbearers from across the Commonwealth, and five inspiring women from Birmingham 2022’s host country, England.

It mentions that ‘hometown Birmingham hero’ Joan got her start in grassroots netball and now is giving back to the community who encouraged her. She has been coaching netball in Birmingham for over 35 years and has always placed importance on putting the girls, their happiness, and their priorities first.

Other Batonbearer are Faith Ogallo from Kenya, who travels the world competing in taekwondo competitions and championing the environment and sustainability initiatives and Joanna Leigh (sustainability coordinator from England) — a former Team England hockey player, who now dedicates her time to sustainability, with a sports-twist.

Batonbearer, Jayanthi Kuru-Utumpala from Sri Lanka and Naseem Akhtar BEM, another hometown hero from Birmingham, have both taken on journeys that matter.

Whilst they have taken different routes, they both have the same destination in mind: a world of empowered women. Jayanthi made history by being the first Sri Lankan to summit Mount Everest.

A proud feminist, one of the many projects Jayanthi is involved with is, Delete-Nothing, an online platform which aims to support survivors of technology-based violence and abuse and highlights the importance of maintaining records of incidents of violence, for further action.

Mary Waya, and a host of other iconic netball figures such as her sister Emmie Waya Chongwe, Peace Chawinga-Kalua, Connis Mhone, Linda Magombo and a lot more others — including their iconic coach Griffin Zagallo Saenda — contributed towards making Malawi Queens a glamorous world netball team. 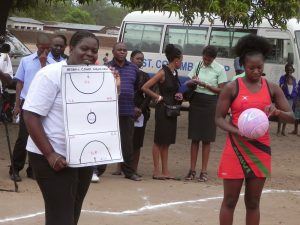 Formerly named International Netball Federation (INF), the body officially rebranded to World Netball and the Heart value represents a commitment to fostering friendship and respect through a shared love of netball.

According to World Netball’s website, Waya had been honoured taking cognizance that she started playing international netball for Malawi at the tender age of 14 and has since become the nation’s most high-profile player having played in more than 200 international matches.

World Netball chronicles that the more than 200 international matches that Waya has played include competing in two World Netball Series, three Commonwealth Games and two Netball World Cups. It also included the 2007 World Netball Championships where the Queens finished 5th, their highest ever placing. 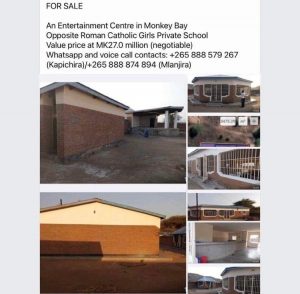 Off the court, the website says, Waya has become a role model to millions of women around the world and in Malawi through her ‘Mary Waya Foundation’ — a non-profit sports academy that aims to empower local Africa women through sport.

Through the Foundation, the Malawi legend — nicknamed ‘aChair’ — has created opportunities for young women and girls to develop and form lasting friendships through the sport of netball.

The Foundation supports players by developing them as future netballers by improving their skills and assisting with education.

World Netball quoted its president Liz Nicholl, CBE as saying: “Mary is a role model for millions in Africa through her legacy as an international netballer, coach, and entrepreneur. 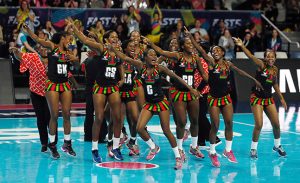 “Her vision to inspire and motivate young women and girls to become confident women through her Foundation demonstrates why Mary is the perfect ambassador to represent our ‘Heart’ value.

“By educating others, providing opportunities, and showcasing the power of sport, Mary is using her experience and life lessons to give back to the community.

“Her commitment is incredibly impressive and I look forward to working with Mary to grow, play and inspire others around the world through netball,” Nicholl is quoted as saying.

In her response, Waya is quoted as saying she was “extremely honoured to have been invited to become the World Netball Heart Ambassador”.

“I am passionate about the sport and want to use it to create role models that can go back into their communities and motivate others to be the best version of themselves in their everyday lives.

“World Netball’s strategic plan outlines how the governing body will harness the power of netball to change lives and I look forward to working with them on this.”

According to the website, World Netball has announced five of its of ambassadors who represent the organisation’s newly launched values of Excellence, Teamwork, Heart, Integrity, Courage, Athlete and Leadership. 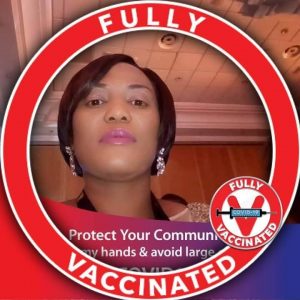 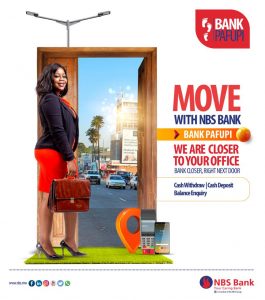